The legend of Devil's Bridge

I have downloaded a scientific article about the legend of Devil Bridge at Google Sholar.

You can read the article by Doctor Carme Oriol from the University Rovira I Virgili here.

There are 27 versions in Catalonia of the topic of the Devil building a bridge in one night in exchange for a soul of a victim.

Inside Europe and outside it, this theme is widespread in the tradition of many countries around the world.

Here's how you can see images from Devil's Bridge legens from differents countries:

The Devil's Bridge is a work located between the municipalities of Martorell and Castellbisbal that connects two counties, the Vallès Occidental and the Baix Llobregat.

The main issue is that the Devil intends to build a bridge in only one night in exchange for the soul of something has a considerable presence in folk narrative and is widespread internationally. In the Catalan linguistic and cultural is a very popular tradition, there are hundreads of Devil's Bridges in all the Catalan area. In most of the versions, the story also serves to explain the origin of a bridge, a standing stone (the stone the Devil did not manage to put in place to finish the bridge), a spring, a water channel or similar. In all the legends the Devil have to take the soul of an animal because the person who want the bridge is smarter than the Devil.

On any given day, an old woman would cross the bridge every afternoon to look for water at the Eudó spring, on the other side of the Llobregat river. One night, due to a big storm, the water swept away the small bridge. That same evening, the devil appeared to him in person, and proposed a pact to him: he would rebuild the bridge in one night in exchange, however, for taking away the soul and body of the first living thing to pass by that bridge. The old woman agreed. The devil set to work. He did it at high speed, and when the sun rose, in the middle of the river was a large stone bridge. 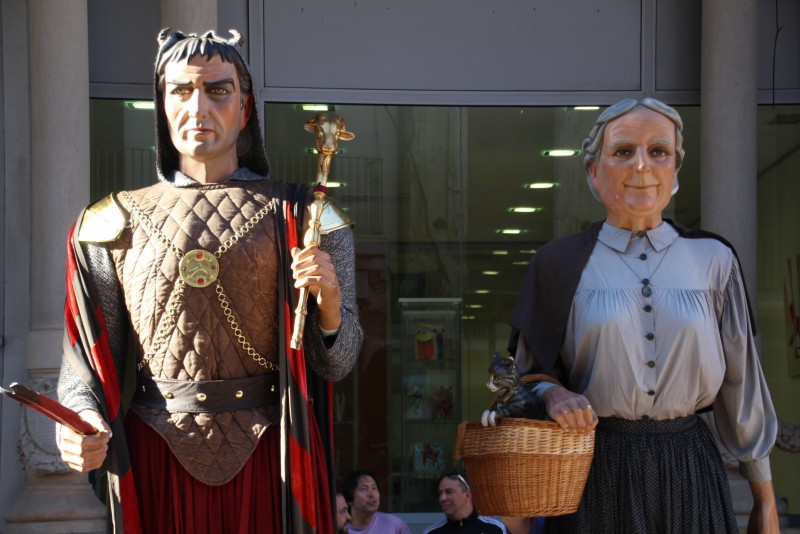 The old woman was happy, but she also remembered the words of the devil: "the first living thing to cross the bridge." So before leaving home he put a inside his basket. When he reached the bridge he opened the basket and the poor cat, frightened, shot out. The angry devil had no choice but to take the animal's soul. From that day on, the old woman was able to return quietly to fetch water from the fountain using the bridge that the devil had built. 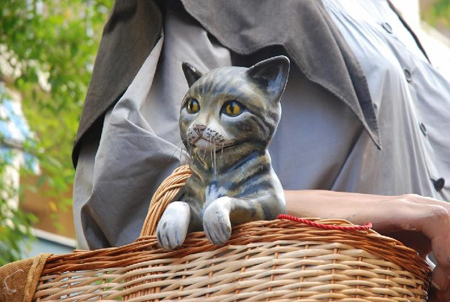 The Devil's Bridge is a bridge of Roman origin over the river Llobregat that was part of the Via Augusta and was built in 10 BC to be traversed by ox carts, with a length of 130 meters, The triumphal arch from Roman times it is very degraded despite the restoration of which it was the object in 1928. 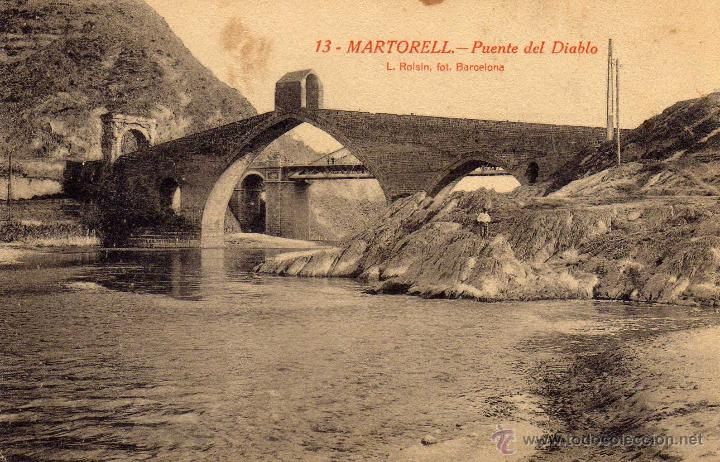 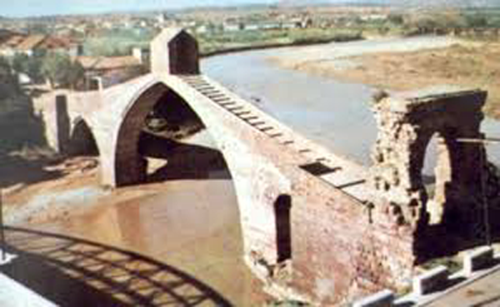